What can be worse than a dead car battery in the middle of the road where you can’t seem to find help and not to know how to fix it yourself either. We all get into these kinds of situations at least once in our lifetime. There can be various reasons your car has given up on you, and the only way to find the way out of this situation is if you how to jump-start it.

One of the most common problems is that your battery has drained out because you probably forgot to turn off the headlights. However, not all the problems in your car can be related to the battery drain.

There are many other reasons your car is acting up and calling for attention. Some of these problems arise gradually, and some suddenly. Still, if you are sure that it is a battery drain out, jump-starting your car is the best and quick way to make it up and running.

We understand that while fixing all the issues with the car is not in your hand, if you are not a professional mechanic, jumping starting your car should not be a difficult task once you are through this article.

Reasons why your car battery drained?

There can be many reasons your battery has drained, but the most common reasons are that you – 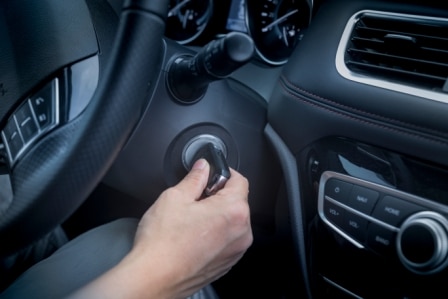 Forgot to turn off the headlights –

Nothing drains battery more than a headlight that you forgot to turn off while getting off the car. Even though cars come with alarms that set off when you open the driver’s door, it still requires you to be attentive when you leave your car.

Charging your electronics for too long –

This is another biggest reason why most car batteries die. If you left your phone for charging inside the car while you went out to buy groceries for too long or maybe went shopping after that, chances are your battery will be consumed by the time you come back. Gadgets tend to drain the battery rapidly if it remains unattended for too long.

Forgot to turn off the music system –

This is another usual mistakes drivers tend to make when they leave their car. It happens when you have turned the volume down to mute and later forgot that the music system is still running. It can kill the battery pretty quickly.

Why should you Jump Start a car?

Your battery helps in initiating the ignition process in the engine. The motor receives electric current as soon as you turn on the engine. This allows the motor to move the car’s flywheel and consequently starts the crankshaft rotations. This further results in a compression stroke, and after that, spark plugs complete the rest of the process.

Nevertheless, if this explanation is too complex for you, let’s put it in a much simpler way.

A battery is the power source that helps the motor to start the car. It does so by supplying high electric current. Now, when you have drained out the battery by overusing, it won’t be able to supply the electric current to the motor. Consequently, the motor won’t be able to give the push required to start the vehicle. This is the situation where your car will need that push externally by Jump Starting. You can even try pushing your car before you try other methods. However, pushing the car can be a difficult task, especially if you are driving alone. So, we would suggest learning to jump-start the car.

Tools you need to Jump-start your car –

Jumper cables – These are long, thick gauge wires with tooth-like clips on one or two ends. These tooth-like

clips are known as alligator clips because they look like the head of the alligator. You can distinguish these clips by its color. Usually, red and black color indicates the positive and negative terminals, respectively.

Jump boxes – These are small portable batteries used to jump-start your car without connecting it to another car. These come with their jump wires that can be connected directly to the weak car battery. These kinds of batteries are mostly used by roadside assistance when they jump-start a dead car.

Car batteries come with two large screw-like points called terminals. One is positive, and the other is negative. Both of these terminals will be marked very clearly. You must connect the jumper cables to the right terminal as it provides the power to recharge the battery.

Positive terminal – The two bigger terminals are mostly positive and are marked by POS or a + sign. You will connect it to the positive red clip on the jumper cable.

How to Jump-Start a Car?

Things to do before you start –

Once you have identified all the right terminals and have prepared yourself with all the precautions, let’s start with a jump-start. Follow the step below –

Note – If the car does not start even after all the attempts, you should consider that it is far too drained to jump-start.

Why do you need to keep your car running even after you jump start?

Once the car starts with the jump start, it is important to keep your car running for a while (30 minutes) because it will allow your car’s alternator to recharge the weak battery so that it gains enough power for the car ignition.

How to protect the donor’s battery?

You need to take care that you don’t end up ruining the car’s battery in the process of charging your car. It is best to take precautions, and these are as follows –

The emergency kit you should keep in your car –

Jump-starting a car can be a dangerous and challenging task if you don’t know all the right points and the right process. We have covered everything you could be having difficulties with while jump-starting the car. Next time you want to jump-start your car, keep all the tools in the car and this article bookmarked on your phone.