When it comes to engine care you have to choose the right motor oil to get the maximum performance. Not all engine oils are suitable for all engines. And they all have their optimal temperature range in which they function the best. It is important to understand the basics as this helps you choose the right oil to maintain the engine of your automobile extending its life span.

Motor oil is poured into the engine to eliminate friction and reduce the drag on the engine parts. The oil forms a thin film over the crankshaft, the piston, the valve train, etc. The lubrication improves fuel efficiency by smoothening the movement of the engine parts.

Let us consider the terms in 5w30 and 10w30. The main difference between the two motor oils is viscosity. Viscosity is the resistance of the engine oil to flow. The higher this number on the product the slower it flows. The Society of Automotive Engineers has a code to differentiate motor oils based on their viscosity that ranges from 0 – 60.

The 5W has a lower viscosity than 10W thus it will flow quickly and easily at a cold temperature. While the 10W has a higher viscosity and will flow slower. The number 30 behind the 5W and 10W is the viscosity of the oil when the engine is hot.

This number indicates the fluidity of the oil at hotter temperatures. The higher this number the thicker the motor oil will be at a specified temperature. Low viscosities are good for places with low temperatures because they are 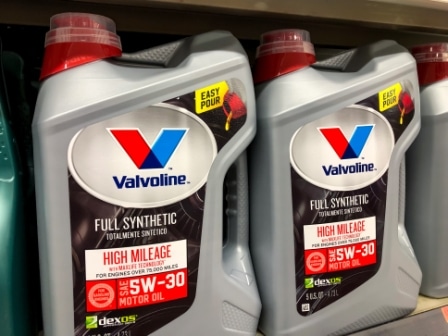 Thinner oils flow easily and move quickly. Thus, the only difference between 5w30 and 10w30 is cold flowability. The 10w30 will flow slower than 5w30 when you start the engine in cold regions.  But the operating temperature both oils will have the same viscosity. This means both the oils will flow, lubricate, and protect the same way.

Motor oils are very important for internal combustion engines. The temperatures can reach up to 600°C as the fuel burns in the cylinders. The lubrication and the viscosity change in such conditions. Viscosity index is the oil’s resistance to become thinner at high temperatures. This is achieved by additives and stabilizers.

Multigrade oils meet the requirement for a cold start in cold places while offering stable lubrication at the functioning or running temperature of the engine.

These multigrade oils – 5w30 and 10w30 nomenclature defines the viscosity performance of these two oils at low and high temperatures. These oils are usually created by blending low viscosity base oils with Viscosity Index (VI) improvers.  These are polymer additives blended with a single grade, Society of Automotive Engineers (SAE) 5w, or SAE 10w oil.

So as to determine which motor oil is better for your car let us take a closer look.

5w30 Motor Oil – has a viscosity grade of 5 at colder temperatures and 30 at high temperatures. It means the standards and approval ratings of Mercedes Benz, API SN, ACEA grade, Volkswagen, Porsche, and Ford oil specifications. If your car is of this make or similar than this oil is suitable for you.

The benefits of 5w30 re that it forms an uninterrupted layer on the engine parts thus the friction is reduced. This 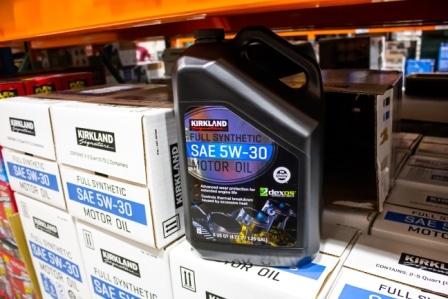 reduces the rusting, wear, and tear on the engine extending its life. These oils have thermal stability to continue providing protection to the engine over a wide range of temperatures.

These engineered oils are designed to minimize oil consumption. Very small amounts are sufficient to lubricate the engine. The oil is meant for light-duty diesel and petrol engines and automotive gas engines. The oil is preferred in cold climates due to the low viscosity and stability at low temperatures.

10w30 Motor Oil – is a multigrade oil with a viscosity grade 10 for low temperatures and 30 for higher temperatures. The oil meets the specifications by the American Petroleum Institute (API SN) and the European Automobile Manufacturers Association (ACEA) ratings for viscosity. The ACEA assigns oil sequences for different motor oil specifications. 10w30 has the rating of A3/B3 or A3/B4.

The oil protects the piston from the deposition of sludge or gels during fuel combustion and high temperatures. The oil forms a lubricating and protective layer on the moving parts of the engine. It not only prevents wear, tear and rusting of the engine it improves fuel efficiency too.

It smoothens the clutch and gear operation and the engine functions noiselessly. The oil retains the viscosity even at high temperatures and tolerates the fluctuation. The oil is suitable for diesel and most automotive engines. The oil can be used for cold weather but is suitable for hot weather too. It is meant for vehicles that carry heavy loads such as luggage and cargo.

The 5w30 and 10w30 motor oils differ by their viscosity. The former is less viscous than the latter. 5w30 is thinner than 10w30 at low temperatures. Thus, 5w30 is better suited for colder regions where the temperatures dip to – 30°C. But this multigrade oil will work well even at 35°C. The 10w30 has a narrower temperature range from -18 to 30°C.

The 5w30 is suitable for light vehicles while 10w30 can propel heavier vehicles. Engine oil – 10w30 offers better sealing action to the engine parts protecting them from wear and tear. This is because it is thicker than 5w30 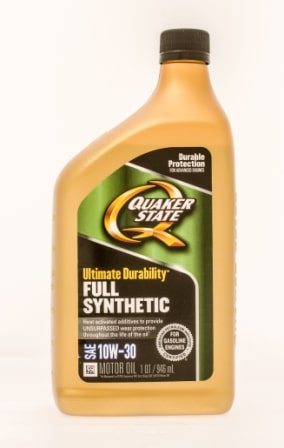 These oils are specially formulated to operate optimally at these temperatures. The formulating has additives and stabilizers that contract or expand according to temperature and other conditions. Thus, which of the two – 5w30 or 10w30 – is better for your car depends upon the vehicle and the conditions in which you are driving.

In summary, the two numerals – 5 and 10 represents the rate of flow or viscosity of the oil. The lesser the number the easier it flows. Thus 5 flows easier than 10. The second numeral, 30 is the rate of flow, thickness, or viscosity of the engine when it reaches operating temperatures. 10w30 is thicker than 5w30 thus adheres better to the engine protecting it from stress and wear.

The 5w30 is designed to operate in cold climes such as Canada, USA Switzerland. Thus, if you live there or are planning to drive there from a place at 35C – choose 5w30.

10w30 changes its viscosity between cold and hot climes. Thus, there are additives to stabilize its function. This oil can optimize your car’s function over a similar temperature and terrain range as 5w30. It will also offer better lubrication of parts and reduce drag on the engine. Also, note that the viscosity produces resistance and may affect fuel consumption.

The 5w30 is ideal for light-duty vehicles which will do fine with a thinner motor oil while 10w30 is suitable for a heavy vehicle that may generate more heat and are driven in a warmer climate. Thus, depending upon where you are on the globe and what vehicle you drive – take your pick!